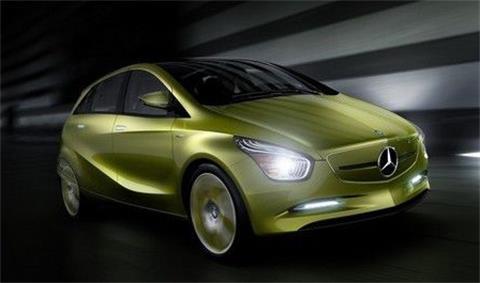 Today's automotive products, turbocharged engines are getting stronger and stronger, gearbox gears are getting higher and higher, in addition to active driving and vehicle interconnection, the distance between the people and the car is almost pulled to "zero", the new technology The change is "changing with each passing day." After the major brands have improved their product competitiveness and influence through new technologies, they have been changed by new technologies, and the “adhesiveness” of mutual development has become higher and higher. For the "blessing" of technological development, many technologies that have only appeared on high-end models have gradually entered the lives of ordinary consumers.

At present, halogen headlights and HID xenon headlights are the "mainstream technology" of car headlights, but the appearance of LED headlights is like giving the headlights a "beauty" and pulling the "eye" charm index directly higher. A paragraph. In the car, the same daytime running lights, LED components consume only 1/20 of the halogen lamp. The cost of LED components has also dropped significantly year by year, and current costs and prices are still falling by more than 20% per year. At present, LED components used in automobiles can basically reach 50,000 hours, and well-known automotive lighting suppliers can provide LED components with a lifespan of 100,000 hours. In contrast, xenon lamps have a life of only about 3,000 hours.

The innovation of automotive technology extends to LED headlights, reflecting the cross-influence between industry and industry as technology advances. At the same time, the long life, multi-variation of LED lights and the advantages of new green environmental protection light sources also explain the impact of environmental protection concepts on the subtle influence of automotive technology.